Filipino women are beautiful and smart. In fact, some men from distant countries travel to the Philippines to marry one. Many think that Philippine women make good wives because they are submissive and are expert in household chores.

However, most men are captured with their outstanding beauty. When we talk about pretty Filipino women we really mean it. They are gorgeous in every way. If you happen to know one, I know you will probably agree.

Check it out here how beautiful Filipinas are. After reading this, you will be mesmerized at the beauty hidden in the 7,641 islands of the Philippines.

Filipinos are a mixture of different races who visited and colonized the country. Thus, you will find different beauties when you visit the Pearl of the Orient Seas. A number have Chinese, Spanish, American, Malaysian or Indonesian blood.

Due to this, there are Filipinas who look like Latinas or mestizas. There are also Filipinas who are white with long-chiseled nose, thin lips and round eyes.

In general, girls from the Philippines have brown complexion, round or oval face, black hair and single or double eyelids. Most have dark irises ranging from dark shade of brown to almost black. However, some are endowed with medium brown eyes or light brown.

Majority of them have nose with low bridges and rounded tip which many interpreted as flat and big. However, there are also those who have an aquiline nose. Most of them have slender figure with average height. They are not as tall as the other races but their slim figure compliments their height.

When you visit the Philippines, most girls are petite with long straight or wavy hair. However, with the rise of beauty salons and parlors in the country, the women there are also into the trend of coloring their hairs. Girls with curly hairs get their locks rebonded and some girls with straight hair get it permed.

Some girls from the country are “mestizas” they are dubbed as “tisay.” A number of Filipinas admit that they want to have fair skin because in the country, the fairer your skin is, the more beautiful you are. However, although Filipinas have brown complexion naturally, there are already a number of women with fair skin due to the mixture of races.

If you love to watch International beauty pageants, I’m sure you are aware that Filipinas are strong contenders for the crowns.

Prior to bagging the Miss Universe crown in 2015, Philippines already won the title twice. First, in 1969 with Gloria Maria Diaz and in 1973 with Maria Margarita Moran. For five consecutive years prior to Wurtzbach’s win, the Philippine Miss Universe are close to winning the crown.

However, after a year, a Filipina who is confidently beautiful with a heart, in the person of Wurtzbach has finally won back the crown after over four decades.

Name it all, Philippines have a crown for every major beauty pageant. They completed the Big Four titles of Miss Universe, Miss International, Miss Earth and Miss World in 2013.

For Miss World, the Filipinas struggle to win the crown but they still did and earned their first crown after 47 years of joining the pageant when Megan Lynne Young bagged the title in 2013.

On the same year, another Filipina, in the name of Bea Rose Santiago also took home the crown for Miss International while the country placed third runner-up in Miss Universe.

The Filipina beauties dominating international beauty pageants only show that they are beauty and brain. They are gorgeous, sexy and witty. Those women whom you see in beauty pageants represent the Filipinas. If the crowd loves them, you will if you meet one. So, don’t wonder if foreign men travel the world only to find a Filipina bride.

If you are interested in meeting and knowing a Filipina woman, finding one is easier now. You can join online dating sites like FilipinoCupid.com, FilipinoKisses.com, AsianDating.com, PinaLove.com, or ChristianFilipina.com.

Those dating sites are rich with pretty Filipina women that are also looking for someone for friendship, dating or marriage. Join today and meet your dream girl soon.

Have you ever met a Filipina woman before? Tell us your dating experiences. We love to hear from our readers share their love story. If you still haven’t found a partner, don’t hesitate to ask us questions on how to date Filipino girls. 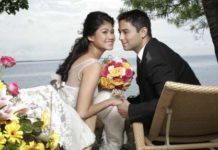 Foreigner Looking For Filipina To Marry: Why Do Men Love A Philippine Woman As Their Wife And Where To Look For Them? 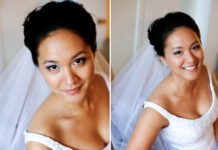 Do Filipino Women Make Good Wives? Know More About The Traits of Filipinas 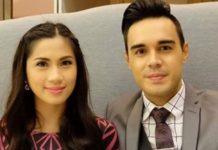 Dating A Filipina What To Expect: Things You Should Know Before Courting Or Marrying One!

Get to Know Filipina Women

Dating A Filipina What To Expect: Things You Should Know Before...

armando - January 7, 2017
36
Filipina women are sweet, courteous, hospitable and beautiful. More importantly, they know how to manage a home. Most of them are a good cook,...

Foreigner Looking For Filipina To Marry: Why Do Men Love A...

White American Man’s Experience Dating Women from the Philippines: What I...

How To Date Filipino Women: 10 Things You Should Know When...